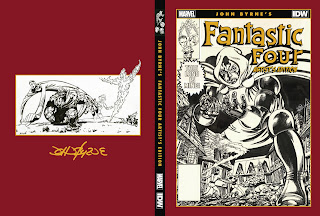 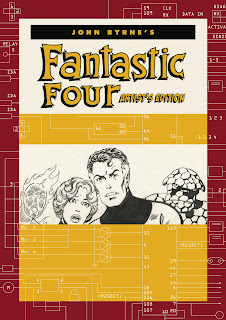 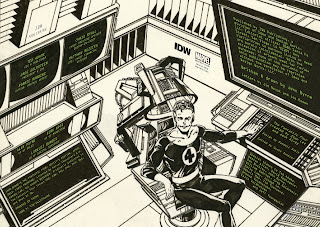 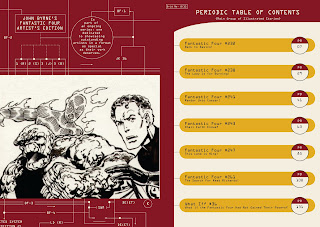 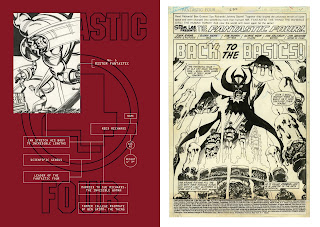 Shown above are the various spreads designed for John Byrne's Fantastic Four Artist's Edition. I remember a friend telling me, that the thing he enjoyed most about the earlier issues of the Fantastic Four, was the science angle. Reed Richards, was a scientist and the stories and adventures revolved around space exploration, and unexplained phenomenon. When designing the book, that was the direction I went in. I created flow charts and graphics that would look right-at-home in a science textbook. I also tried as much as possible, to incorporate the number 4, either using the number literally or breaking things into quadrants. Isn't that fantastic?
Posted by Randy Dahlk at 10:01 AM