Legends of the Blues 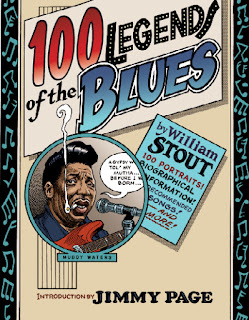 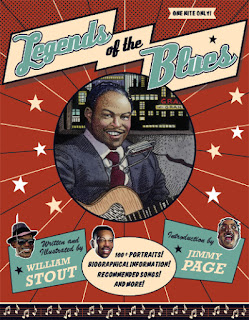 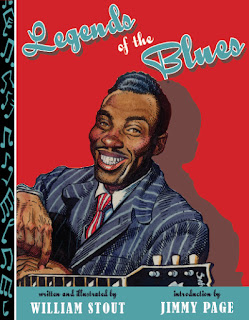 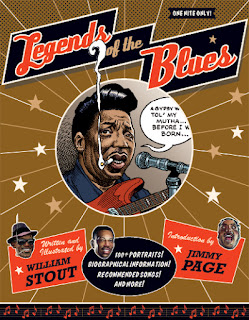 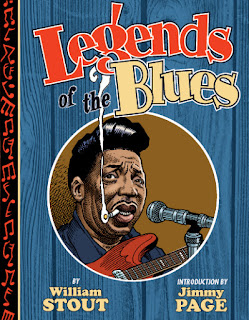 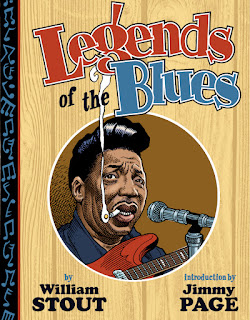 I love when I get to work with my friends!

This particular book project started about 3 years ago. Bill Stout was in contact with Abrams publishing, and pitched the idea of a follow-up book to R. Crumb's Heroes of the Blues, Jazz, & Country. Bill's book idea was a similar format, with painted portraits of Blues artists (by him), along with a bit of biographical text (which he would write).

Bill, being the generous caring person that he is, recommended me for the job of book designer. I really looked forward to this project, not only based on the subject matter, but I got the chance to collaborate with Bill.

At the very top of the page is a design that Bill had put together before the project had gotten underway. Actually, the cover shown is a tweak by me, of Bill's original cover. Originally, it had the number "50" instead of the number "100." Bill, as usual, decided to do twice as many portraits, as what he had originally intended.

The second cover shown, was a direction I wanted to take the book cover. I thought it would be interesting to make the cover look similar to an advertisement or a handbill for a concert or show.

Cover concept 2, was taking into account the design direction of the R. Crumb book, and trying to create a companion piece.

The fourth image at the top, shows a color variation, along with replacing the center image with the Muddy Waters' portrait. Those 4 cover images were presented to Abrams to give them a design direction. The idea of the concert poster concept was rejected, because, "it looks too much like a gig poster." I'm still not sure if that is a compliment or not. So, after that, the decisions was made to simplify the cover. Wanting to be respectful to Bill's vision, I went back to his original design. I took some of his design elements added them in, and tried to put more focus on the Muddy Waters' image. Since this is a book on portraits, it makes sense that the central image on the book cover represents that. I added the woodgrain to the background, to give a texture and an earthy down-south feel.

The last image shows some final tweaking to colors. The blue was too heavy, and didn't allow enough contrast with the portrait. The cream background was much more subtle and appealing.

There was one more step of fine-tuning the cover, that I wasn't part of. You can see the final version on Amazon.
Posted by Randy Dahlk at 10:23 AM No comments: