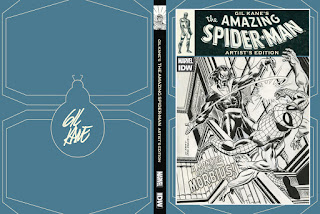 Cover for the variant version 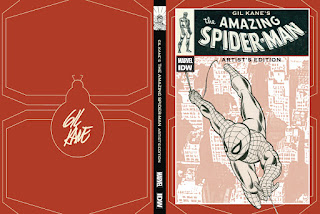 Cover for the regular edition 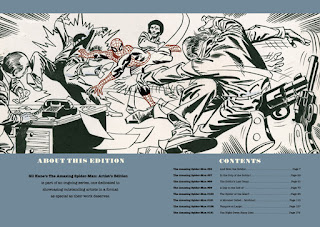 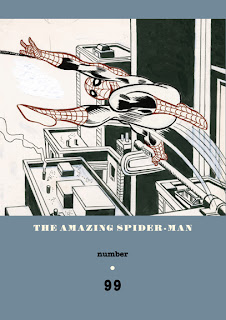 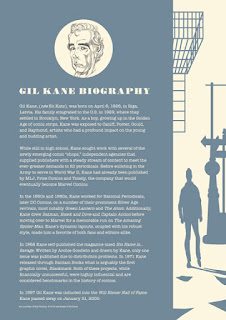 I remember the first time I saw the Spider-Man stories where he grew extra arms...I thought, "brilliant" why hadn't anyone thought of that idea before. Of course, a character named Spider-Man should have eight legs (appendages)! There was something disturbing and creepy about Spider-Man with 4 extra arms, but, it still was cool! I liked how Gil Kane was able to make each arm look like it had a purpose, instead of just dangling off of his body. The imagery haunted me for decades.

Then I got a chance to re-visit the stories through the artist's edition book. It still creeps me out, but I'm somehow attracted to it. I know that Gil Kane studied the movements and positions of dancers and applied it to his visual language  of Spider-Man. The character does seem to be dancing from panel to panel. It's avery graceful and fluid interpretation. Almost like a built-in soundtrack.

My approach to the design of this book, was to again, be influenced by the time period that the stories originally appeared. It's kind of a balancing act when designing, I want to pay homage, but also give it a contemporary twist. I used red and blue in the design, based on the colors of Spider-Man's costume. But, I tweaked the colors, and made them neutral value to give the appearance of being more sophisticated. I also added a cream color, which mimics the art-board color and adds a melding presence to the other two colors. I hope there is a richness that enhances the whole book through these colors.
Posted by Randy Dahlk at 9:39 AM